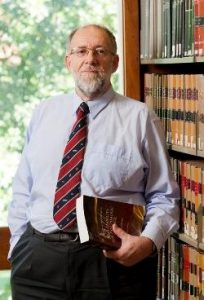 The Old Court House Law Museum serves as an important reminder of the law and the legal system in the early years of European settlement.

Our court buildings reflect our legal history: the David Malcolm Justice Centre is a modern building, representative of a modern legal system, while the 1903 Supreme Court is a reminder of a simpler age when the court system consisted of the Supreme Court itself, the Local Courts and the Courts of Petty Sessions.

When it was built in 1837, the Old Court House was home to the colony’s original judicial institutions: the Civil Court, presided over by the Chairman, first Mackie and then Moore, and the Court of Quarter Sessions for criminal cases, held before two Justices of the Peace. These were originally the only courts, designed to be a very simple court system appropriate for the needs of a small colony: so, for example, there was little equitable jurisdiction, in an attempt to spare Western Australia the full impact of the unreformed English Chancery practice as portrayed in Dickens’s Bleak House.

In the end, WA had to move forward: later judges highlighted the lack of equity jurisdiction, and so the Supreme Court was created in 1861.

By this time court sittings had moved to Beaufort St, though the Supreme Court returned to sit in the Old Court House from 1863 to 1880, and again from 1895 to 1903. But the Museum displays are designed to concentrate on the first 50 years or so of European settlement, depicting the struggle to dispense justice in a small colony far from the home of English law.

Incidentally, the Old Court House is also a physical reminder of the importance of teaching legal history to students – a subject sadly not now taught in most of our Law Schools.

A panel display and a filmed dramatisation tell the story of the trial of Weewar in 1842. Weewar was an Aboriginal man charged with wilful murder, after he had carried out the tribally sanctioned killing of another Aboriginal. He was required to plead to the charge, found guilty of murder and sentenced to death, though his sentence was eventually commuted to imprisonment, served on Rottnest Island.

The case is important because it confirmed that the English law introduced in Western Australia in 1829 applied not only to the settlers but also to the Aboriginal people, even in a case such as this where the crime was committed by one Aboriginal against another, and was done in the course of carrying out Aboriginal justice.

Like the earlier New South Wales case of R v Jack Congo Murrell in 1836, it demonstrated that the English settlers had assumed sovereignty over all the inhabitants, including the Aboriginal inhabitants.

Counsel for Jack Congo Murrell argued that if a person goes to a foreign country, he must expect to obey the local laws, rather than the opposite situation – an argument that, viewed with present-day eyes, seems entirely rational. However, in the 1830s and 1840s the opposite point of view won the day – with tremendous consequences for the law, and for the original inhabitants of Western Australia.

How can the Old Court House Law Museum play a role in the pursuit of social justice, human rights, or health and wellbeing?

The stories told in the museum displays focus on various social justice and human rights issues in a historical context. They have been chosen to highlight issues that are just as relevant today as when they took place.

The Francis Burt Legal Education Programme has a mission to educate the public generally, and in particular school students, about legal issues, and the Museum plays an important part in this, as do the mock trial competitions and the Programme’s other activities, many of which take place in the Museum itself. By such means, Perth’s oldest building has an important contemporary role to play in educating people about human rights and social justice. 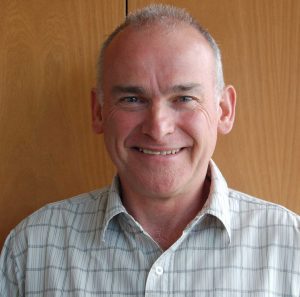 The Old Court House Law Museum is important for two reasons, firstly it is the oldest standing building in the city centre and, as such, is a very significant reminder of the early days of the Swan River Colony’s struggles to establish itself on the banks of the river.

Secondly, as a law museum, it provides a highly engaging insight into the history of law and order in Western Australia, reminding us of past legal triumphs and also things we should never allow to happen again.

For me, the most interesting sections are those exhibits explaining the history of Noongar law, reminding us of 40,000 years of heritage, and establishment of a judicial system in the early colony.

Both these aspects of this beautiful old building offer the community, and visitors from beyond, a fascinating and engaging insight into the history of a subject which is often forgotten by the public. Perth is lucky to have this treasure, one of only a handful of law museums around the world. 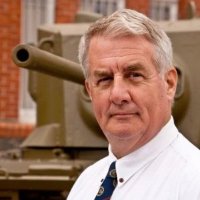 I think of the Old Court House Law Museum as a pair of X-ray glasses providing the uninitiated (the general public outside the legal profession and its ancillaries) an opportunity to explore and better understand the role of peace, order and good government in our society.

For many of us, a major part of our understanding of the law is based on police or courtroom dramas produced in the United States. This is supplemented by political headlines using statistics, bad behaviour or confrontation to lament lack of standards, lack of toughness, bias or racism to promote one extreme or the other as a solution to society’s problems.

Entertaining, diverting, irritating or motivating as all of the above may be, these exposures perhaps do not provide a rational and reasoned view of our courts, legal system and traditions of laws and justice. This is where the Old Court House Law Museum plays a valuable and increasingly valued role in the community. Whether through school programs or public visits, the Museum provides a sound basis for understanding one of the processes that classifies us as a civil society. The Museum provides a foundation to connect our legal system to the foundations of our community.

Some of the objects at the Museum which I think provide this connection I would describe as symbols of authority and sovereignty, be they seals, letterheads or embossed stamps. These heraldic appendages provide a sense of continuity, tradition, probity and executive delegation. As such they provide a sense of confidence and trust. We often overlook these symbols which appear on documents ranging from our driver’s licence, to our rates notice to notification for jury duty. There is a story behind every one, which the Museum is able from time to time to tell.

The pursuit of social justice, human rights, or health and wellbeing are outcomes of our concepts of peace, order and good government. As curator at the Australian Army Museum of Western Australia, I can tell the stories of service and sacrifice to preserve these values. Through the stories of legislation, advocacy, professional excellence, custom, precedent and tradition, the Old Court House Law Museum can promote an understanding of the foundations of social justice and human rights and their contribution to community health and wellbeing.

Museums have been characterised as a safe place for dangerous ideas. Taken further, the Old Court House Law Museum is a place where we can understand and appreciate the best ideas.

The practice of law cannot be sensibly viewed in isolation either from society or from the history in which the law has been practiced over the course of time. The Old Court House Law Museum provides the opportunity for practitioners of the moment to have a glance of what it was like to be in their position in the past.

It also provides to the profession a place in which to preserve the present as we have known it. Nowhere has this been more true than in the time when technology has recast the methods of legal practice to a measure not previously contemplated.

My most significant story of the time I spent on the Board of the Francis Burt Law Education Centre (now Programme) was the moment when another Board member, Mrs Elizabeth Picton-Warlow, pointed out that if we wanted to develop we had to be part of legal education. It was so true and upon adoption largely shaped our future activities.

How can the Old Court House Law Museum play a role in the pursuit of social justice, human rights, or health and wellbeing?

Reference to life in societies where the rule of law is non-existent and where dictatorial will or executive power rule society, shows most dramatically that this is so. The rule of law is the lynch-pin of our world. By making that connection apparent to the young and to the public the Museum and the Programme can contribute to its future maintenance and endurance.