The Life and Music of Dom Rosendo Salvado 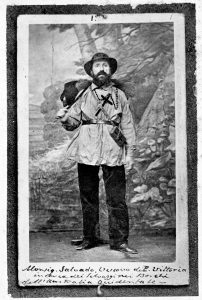 The Old Court House Law Museum will be showcasing many rare and significant items belonging to Dom Rosendo Salvado who was born in Spain in 1814. He entered the Benedictine abbey of St Martin where he took his religious vows in 1830.

Salvado was an accomplished musician and organist, coming from a highly respected musical family. In 1845 he joined a missionary party and sailed to Fremantle, arriving in 1846. Upon his arrival he made his way to the Victoria Plains, where on 1 March 1846 he established a mission for the training of Aboriginal people at New Norcia.

Not long after, faced with the threat of starvation, Salvado and an Aboriginal companion walked to Perth to raise monies to save the Mission. He gave a three hour long piano recital to a packed audience in the Old Court House in May 1846 and raised enough money to buy goods to take back to New Norcia.

Salvado worked with the Aboriginal people at New Norcia and shared their bush life, but also set about teaching them Christianity and how to farm the land. Salvado spent more time in Europe and then returned to Western Australia in 1853 where he became Lord Abbot of New Norcia. He died in 1900.

New Norcia has lent the Old Court House Law Museum objects belonging to Salvado including his papal cross, bibles, diary extracts and compass. These unique and highly significant items will be on display in the Museum from early May. 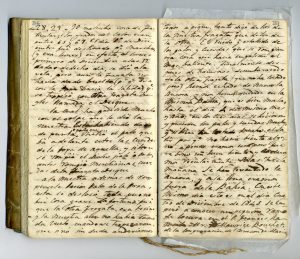 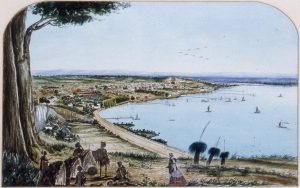 ‘View of Perth from Mt Eliza’

The Old Court House Law Museum is in the process of auditing and researching its collection!

Follow the Old Court House Law Museum on Instagram and Facebook for behind the scenes discoveries as Museum Curator Greg Sikich and team of volunteers share some of the unique stories connected to our collection!

From Law to War to Peace 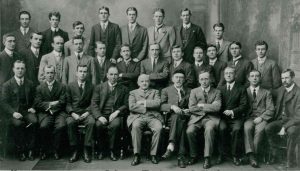 Coinciding with the 100th anniversary of the Armistice and the end of the First World War, the Old Court House Law Museum’s newest exhibition commemorates ordinary members of the Western Australian legal profession who went to war, achieved extraordinary things and exerted an ongoing influence post war.

The Anatomy of Crime – Cracking the World of Forensics

The second installment in the Museum’s series all about Forensics is now open.

This exhibition focuses on the key individuals who were largely responsible for the establishment and use of forensics in crime solving in Western Australia including early police photographer Albert Victor Penrose and Leo Thomas Murphy, who was in charge of the first Police Scientific Branch in the early 1970s.

WA was the first Australian state to use a simplified method for fingerprint classification and criminals first had their prints taken in 1903 at Fremantle Prison.

To learn more about this and other fascinating forensic facts, visit the Museum from Tuesday to Friday; entry is free.

The Anatomy of Crime – Cracking the World of Forensics

Our newest temporary exhibition is now on display at the Old Court House Law Museum. This is the first instalment of our series of exhibitions about forensics. We explore its history, key milestones and the role it has played in helping to solve crimes. Future exhibitions will tackle forensics and the where it sits with key cases in Western Australia’s history. 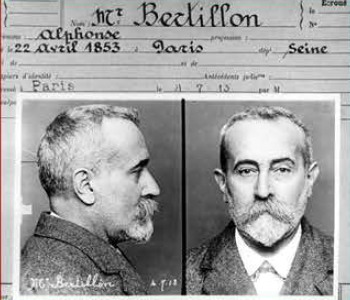 What is Forensic Science?

Forensic science describes the science of associating people, places and things involved in criminal activities; these scientific disciplines assist in investigating and adjudicating criminal and civil cases. The discipline divides neatly into halves, like the words that describe it. ‘Science’ is the collection of systematic methodologies used to increasingly understand the physical world. The word ‘forensic’ is derived from the Latin forum for ‘public’. Learn more

For over 100 years, fingerprints have provided a reliable and efficient means of identification, proving its value in criminal investigations. The biological principles of permanence and uniqueness along with the capability to be classified have made fingerprints a fundamental tool in forensic science. Learn more

In 1901, the distinction could be made between animal and human blood, based on the discovery that the blood of different species had one or more characteristic proteins.

DNA was discovered by a Swiss medical student named Johann Friedrich Miescher in 1869. In 1984, forensic DNA analysis was developed by Sir Alec Jeffreys, who realised that variation in the genetic code could be used to identify individuals and to tell individuals apart from one another. This led to the development of DNA profiling and paved the way for its use in solving crimes. Learn more

Kate George’s journey began at the 494-mile peg of the rabbit-proof fence in Western Australia, when she was taken from her family at the age of three. The youngest of 10 children, Kate George GAICD, was part of the Stolen Generations, the children of Australian Aboriginal and Torres Strait Islander descent who were forcibly removed from their families and placed in institutions or foster care.

George could not speak a word of English when she was taken from her mother in 1953, was not used to wearing clothes and, in her words, was a “wild bush kid”. She lived in a Perth institution for the next 12 years, at times suffering cruelty and abuse, and describes her time there as being an “inmate”. Although she showed great aptitude for reading and history, George was trained for a domestic life of sewing, cooking and cleaning for others.
She has since become a qualified barrister and solicitor, ministerial adviser, consultant and company director.
George was the first Aboriginal woman at Sister Kate’s Children’s Cottage Home to make it through high school, the first Aboriginal woman to study law at the University of Western Australia and graduate from the Australian National University and the first Aboriginal woman admitted to practice law in WA. 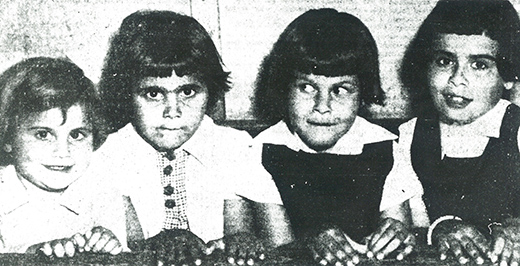 It is also clear that the three-year-old, who was taken from her family, and separated from her sisters, is never far from George. “It meant estrangement from my mother and my sisters, because we were split up,” she says. ‘”You never get that sense of family back and you end up in a different place to most.”

George adds: “When I was taken away I didn’t see Mum for three years and I lost my early memories of her, even though my Mum would later come and see us in the institution. A Putijurra aunty who had brought me up when I was little said she had been waiting 35 years for me to come home. The impact of children being taken away has affected so many Aboriginal families, and continues to do so. I don’t know all of my family, but I’m one of the lucky ones who know where I am from.”

George comes from the Putijurra people, part of the greater Martu people who are believed to have lived in the Great Sandy Desert in excess of 20,000 years, with the last of the people emerging from the desert in the 1960s. She is a proud Putijurra woman. George describes the landscape and Martu communities as a “beautiful, difficult place”, full of incredible humanity, courage, kindness and loyalty.

The desert seems a long way from boardrooms in corporate towers, but it gives George the perspective to lead, for the benefit of others, in a shifting landscape of indigenous governance.

In 2011, she was inducted into the WA Women’s Hall of Fame. Less known are her views on indigenous governance; her belief that Aboriginal boards need more mentoring and support, possibly from non-Aboriginal boards and directors; and the need for new regional employment and training models to link business and Aboriginal communities.

“If you want to improve the standard of indigenous governance in Australia, you have to first improve the management standard of Aboriginal corporations,” says George. “Too many indigenous boards are being asked to govern organisations that are rife with problems and inefficiencies.”

Asked what the Aboriginal culture offers boards, George says: “Aboriginal communities are very structured, with lots of rules. There is no single leader among us. We are part of a team. In my situation, I am the interpreter or the enabler who understands the white world and its legal system, and can translate that back to my community, or work with a translator. We draw everything on a board, listen and do oral transmissions of knowledge to pass that knowledge to others.”

One of the earliest civic leaders in a fledgling colony, John Burdett Wittenoom arrived in Fremantle aboard the Wanstead on 30 January 1830.

A widower with four boys, he was accompanied by his sister Eliza, braving a seven month sea journey to commence his role as Colonial Chaplain.

As the only ordained minister of any denomination in the colony until 1836, Wittenoom presided over all funerals, marriages and baptisms in addition to conducting Anglican services. He travelled on horseback to the port at Fremantle and to Guildford, the agricultural township on the Upper Swan, to hold services – under a tree in the early days.

In a new world that seemed for much of the time to offer very little comforts, the solace of religion was of the utmost importance; it was this solace that Wittenoom offered.

Justice of the Peace

Wittenoom was appointed as one of eight foundational Justices of the Peace. Western Australia’s judicial system was founded on English Law, simplified and adapted by Judge William Henry Mackie to suit the local circumstances of the fledgling colony.

The new court house opened on 2 January 1837. During the first decade of its opening Wittenoom was a frequent visitor for the building also served as a venue for Wittenoom’s religious services and school classes.

As a former Headmaster of a Grammar School in England, Wittenoom was actively involved in the Colony as a teacher and administrator. He played a critical role in establishing the Colony’s first school which until 1854 was located in the court house, and later oversaw the establishment of an Education committee.

Wittenoom worked on a number of charitable committees in addition to his religious and political roles. Like many of his Victorian contemporaries he had a strong sense of responsibility towards building a civilised society. Wittenoom’s clerical, judicial and pedagogical roles allowed him to come into contact with a wide section of Western Australian society, a multifaceted and valuable role in a fledgling colony such as the one he settled in.

^ The view from Mount Eliza around 1835 painted by Charles Wittenoom, brother of John, courtesy Wittenoom family.